All Collections
Getting started
Introduction to Swivle
Installing Swivle for InDesign

The following versions of InDesign are supported:

When you currently have the 'Elvis InDesign plug-in' (version 3.2.x) installed (the predecessor of Swivle for InDesign), uninstall this before or after installing the Swivle InDesign plug-in.

Step 1: Use the following link to download the installer to your system:

Step 2: Open the downloaded file, double-click the installer and follow the instructions on screen.

Once the InDesign plug-in is installed, you will be notified when a new version is available for download.

Do one of the following:

After installation, the following components will have been added to InDesign:

Figure: The "Swivle" menu contains options for connecting to and working with Swivle.

Options to the Links panel. The following entries are added for displaying in the panel
(you can access this by choosing 'Panel Options' from the Links panel menu) 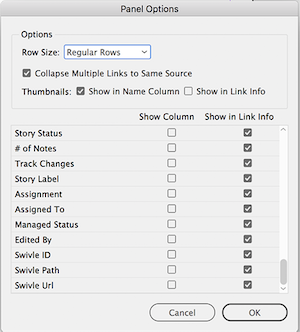 Figure: The options in the Links Panel Options dialog. 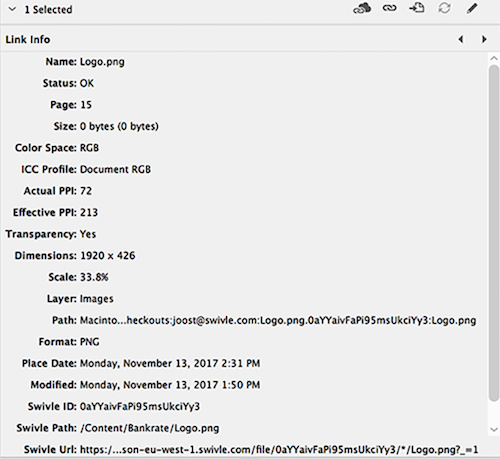 Figure: The Links panel with options shown in the Link Info pane.