Helps you keep track of all your changes to your files. So you never lose any changes and can always rollback when necessary!

Written by Milco Majoor
Updated over a week ago

The History panel can be accessed by clicking its icon on the right side of the screen, located in the right panel under the Metadata button. . It shows version and history information when a single file has been selected. 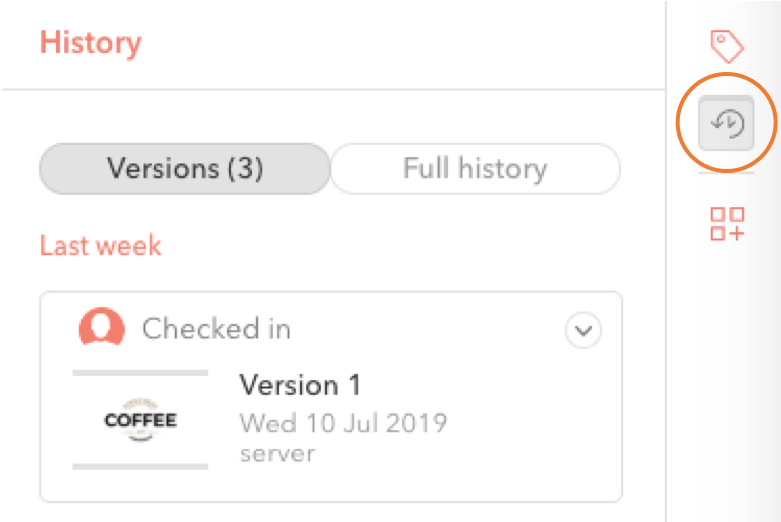 A version of a file is created whenever it is checked-in in Swivle — either through the Pro client or the Swivle InDesign client. You can view the versions of a selected file in the Versions tab. The versions tab shows the following information about a version: 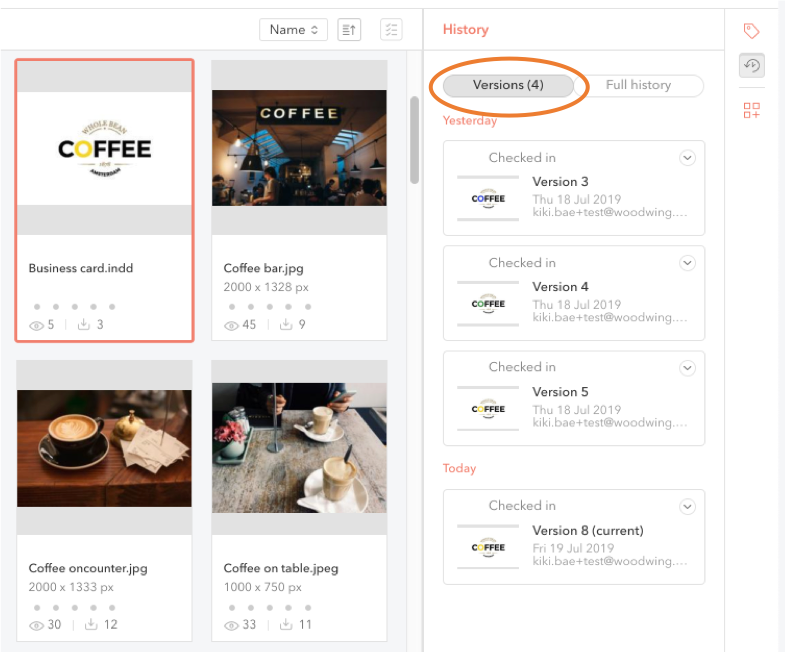 For each version, you can click the menu button to either Download, Revert or Delete the version (see figure below).

You can always revert a file to a previous version by pressing the menu button on a version, and then choosing the Revert option. After that you can optionally add a comment, after which you must click Save. Swivle will then restore the reverted version as a new version. 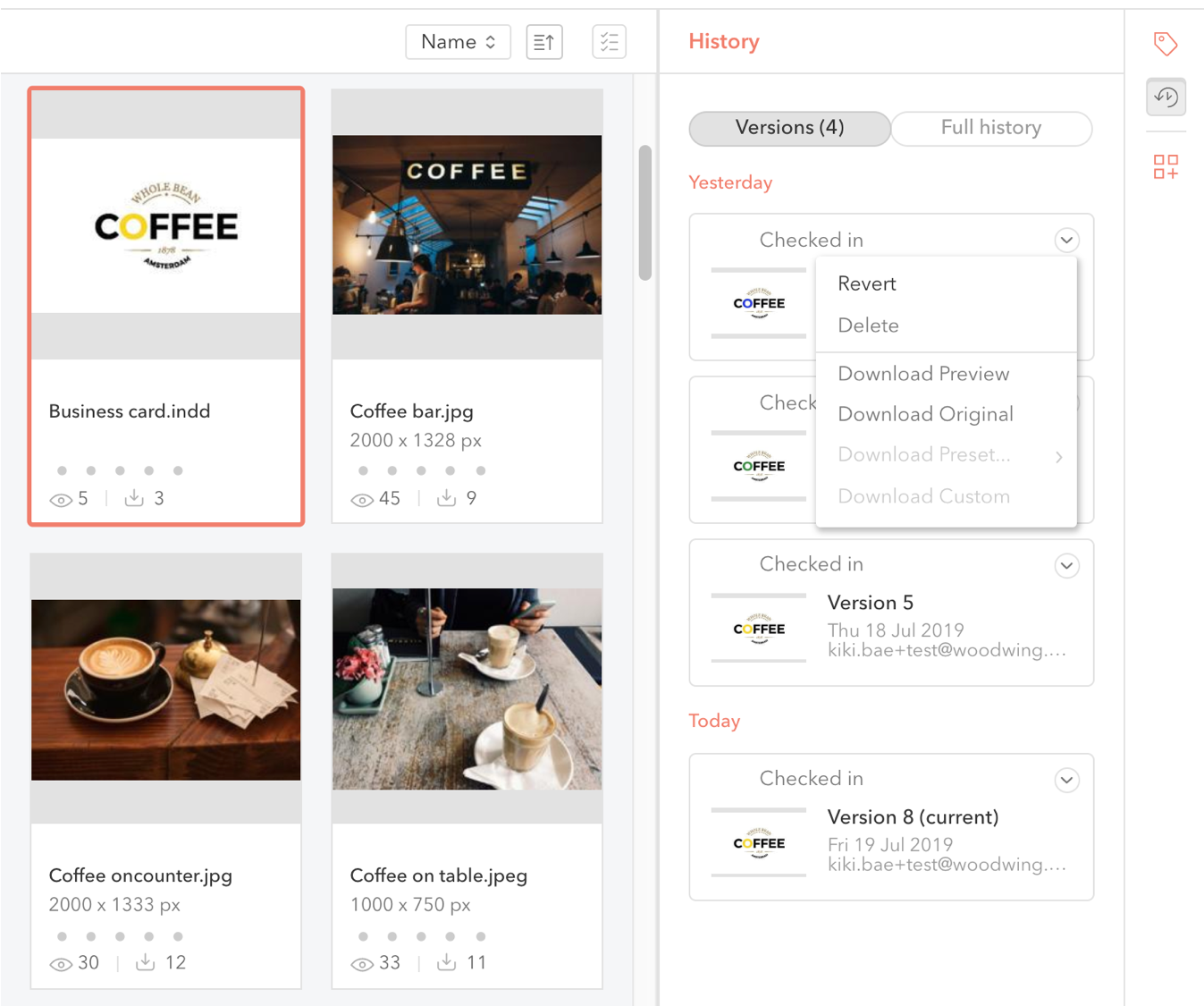 Viewing the history of a file

Any changes to the metadata that are made for a file as well as the actions that are performed on a file can be viewed in the Full History tab of the panel.

Changes and actions are ordered by the time period in which they were made (today, yesterday, 2 weeks ago, and so on). 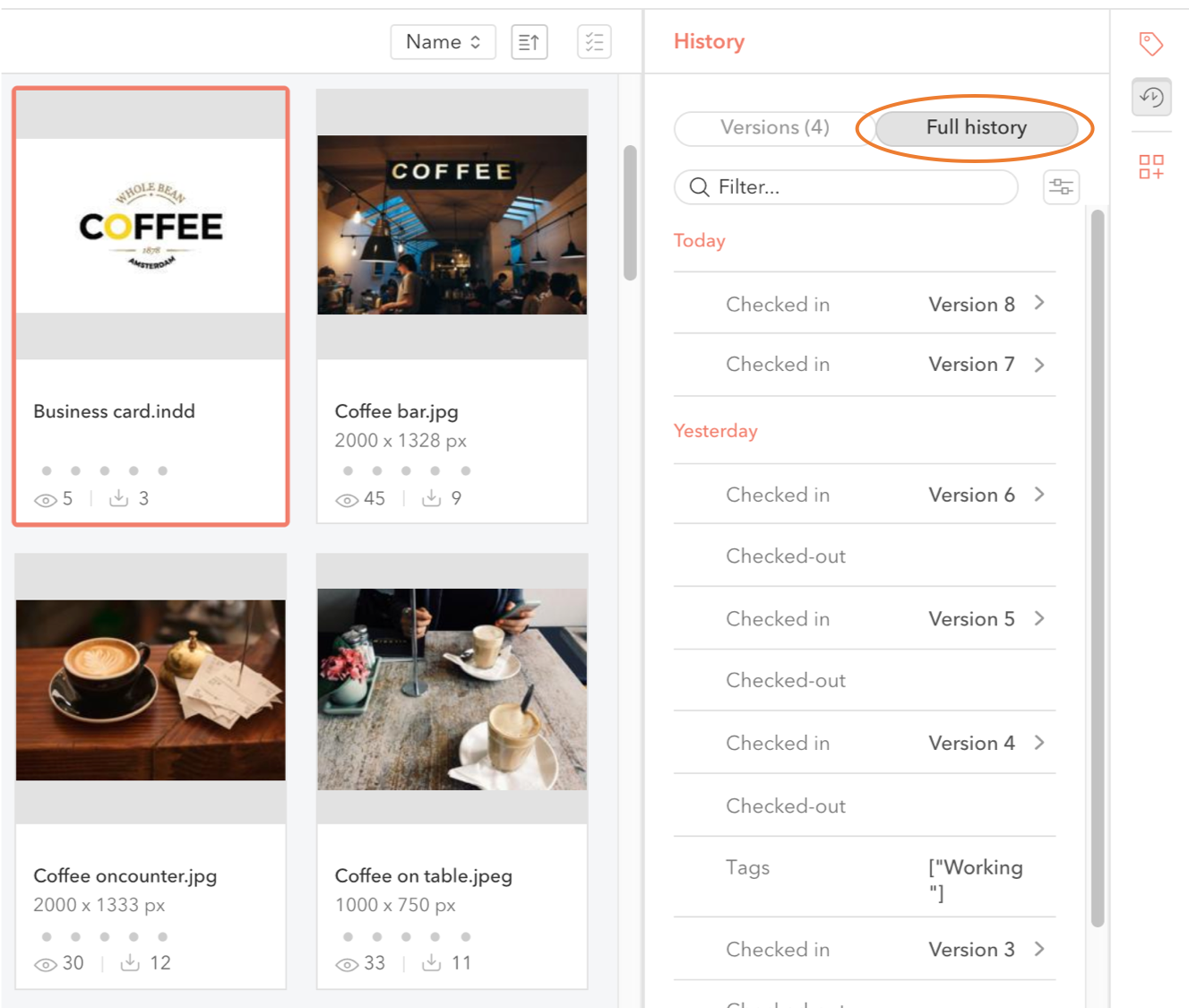 To quickly see when a change was made and by whom, hover the mouse pointer over an item to make a tooltip appear with that information.