This article describe how cached files are handle for Adobe InDesigns

Written by Martijn de Jongh
Updated over a week ago

When working in InDesign with files that are stored in Swivle, these files are sometimes downloaded to your system and stored in a cache folder. This happens for example when:

Caching files is done so that they are immediately available (for example to open them for editing) and makes sure that no time is lost by first having to download them.

Files that are kept in the cache can also act as a backup in case something goes wrong with the original file.

When cached files are not needed anymore they should be cleared from the system to free up disk space.

Clearing up cached files is done automatically or manually:

Cached files are stored in the following location:

Info: This feature requires the Swivle InDesign client 3.5.1 or higher and is available for InDesign for Adobe CC 2017 or higher.

Managing cached files can be done by using the File Cache option that is available in InDesign Preferences > Swivle.

It controls if files that are cached should be kept in the cache folder when the layout that they are related to is closed. 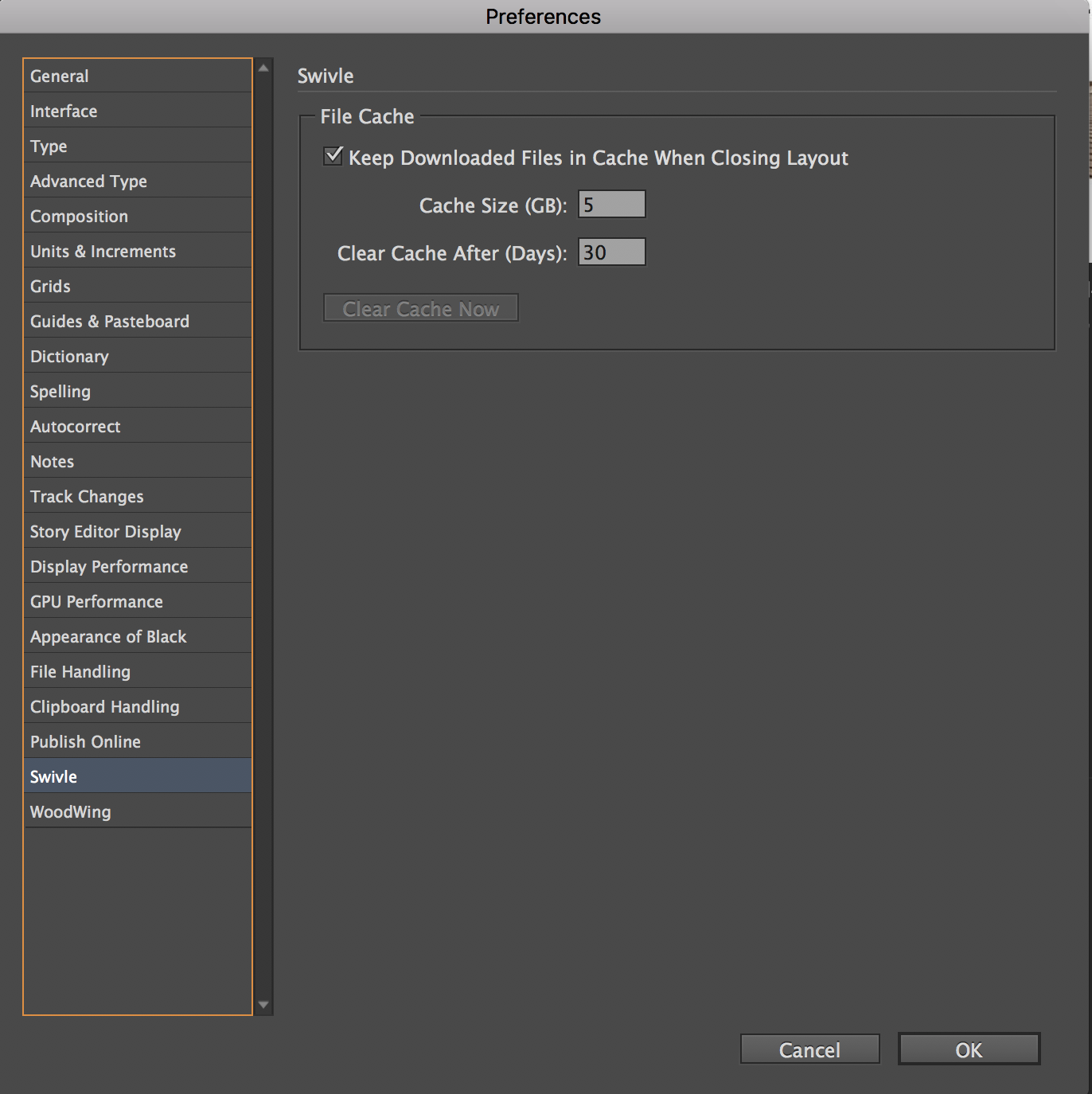 The following options are available:

Note: To use the Clear Cache Now button you have to be logged in to Swivle (Swivle > Log In...). This is needed so that Swivle knows for which user the cache folder should be cleared.

How the options work

In this section the working of the options are described in more detail.

When File Cache is enabled, the following takes place:

The following rules are used for clearing the cache folder (listed in order):

The following files are not removed:

When File Cache is not enabled, the following takes place:

When File Cache is enabled and later disabled, the cache folder can potentially still contain cached files. These are removed when doing one of the following:

Note: To use this option you have to be logged in to Swivle (Swivle > Log In...). This is needed so that Swivle knows for which user the cache folder should be cleared.

Use this option to manually clear the cache folder.

During this process, the preferences for the folder size and the time that files can be stored in the folder are not taken into account.

All files will be removed therefore, except the following: